Back to the huge loquat tree in our garden that gives dozens of kilograms of fruits every 2 years ! Of course, jam or fruit preserves are a must but what to do with the seeds ? Make “NESPOLINO” which is yet another bittersweet liqueur, made with the seeds of a fruit called a loquat (or japanese medlar) and which is quite similar to italian “amaretto” made with bitter almonds and apricot kernels and also “nocino” liqueur made with green walnuts.

Loquats grow in temperate climates which is why Paris has so many of them and they produce many fruits that urban Parisians rarely pick but Mediterranean folks love them and they are available in the outdoor markets from mid-June to mid-July throughout Southern Europe and Northern Africa.

I posted a delicious fruit preserves (like a low-sugar jam) recipe several years ago, flavored with cardamom, so see the recipe by clicking here so you can make the fruit preserves with the flesh of the fruit and a liqueur with the remaining seeds.

Loquat seeds represent around 15% of the total weight of the fruit and are used to make a liqueur that tastes like bitter almonds and is later sweetened with a sugar syrup and in many cases flavored with some vanilla and lemon peel, but I add rose petals, cloves and fresh bay leaves too, to make it even better and more interesting, becoming a nutty, flowery, spicy and herby digestive liqueur.

Now this isn’t a recipe for the impatient, even though it’s really easy. Drying out the seeds will take at least 2 weeks and macerating everything in 2 phases will require another 2 months and letting it mature will require another 3 ½ to 4 months, but that’s fine because it’s ready just in time for the winter holidays and maybe you’ll have a small bottle leftover for next July ?!

It makes me giggle to tell you about a recipe that requires 6 months.

My maceration method requires 2 steps, the first being to macerate the seeds in alcohol first, then macerating the resulting alcohol further with the aromatic flavor additions and the sugar syrup. And once that’s done, you will simply filter, fill and store the bottles away for several months and finally serve the liqueur at the end of the meal, during one of the many winter holiday lunches and dinners coming up in 5 or 6 months, next December.

Yes my friends, some preparations require time and rest in order to be fully enjoyed and a half a year flies by faster than you think, but at least the reward will be worth it … :) 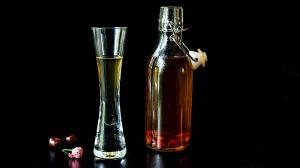 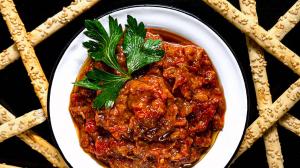 Whether you call it shaksouka or tchoukchouka or chakchouka, this preparation has as many variations as it does names and spellings ! Many similar dishes sound the same, include other vegetables...