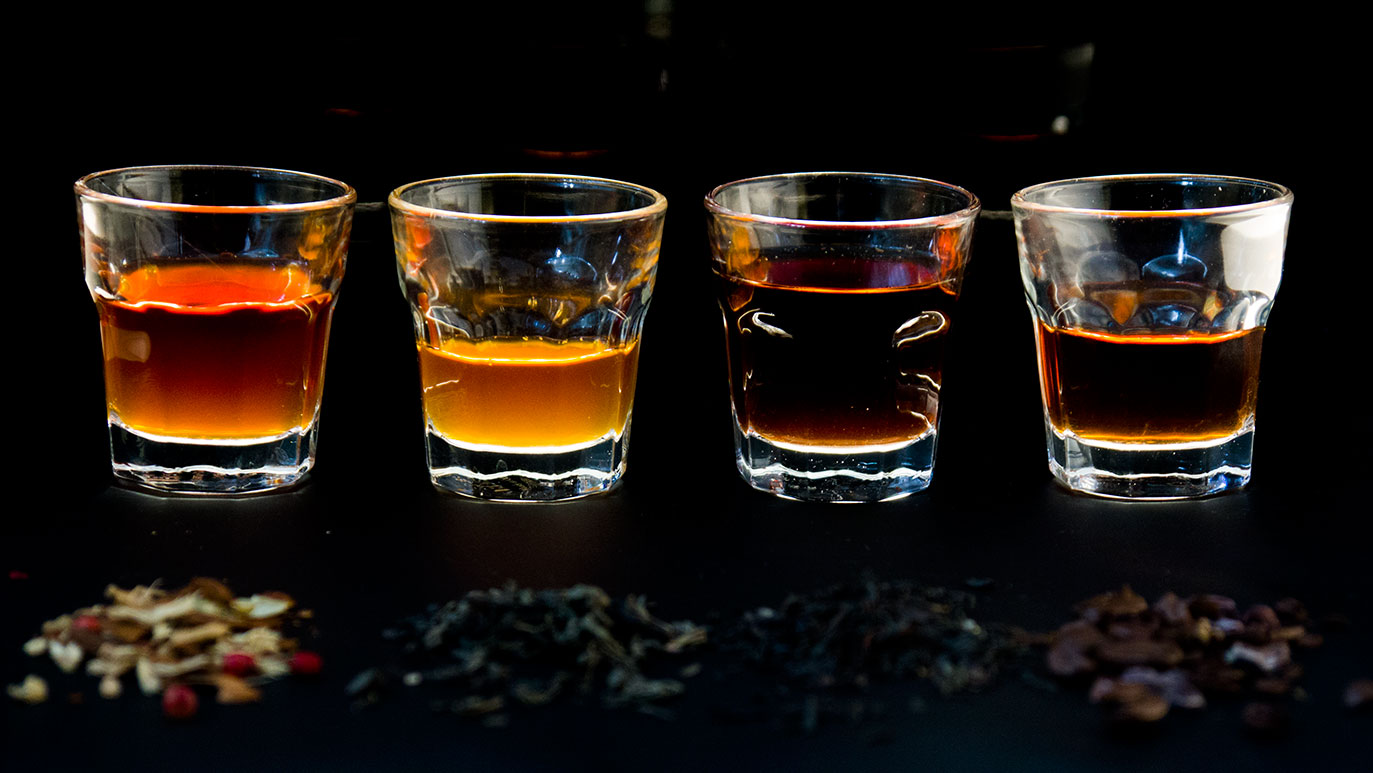 I go to this rather fancy and British up-scale supermarket for certain cooking ingredients every 2-3 weeks, to get stuff I can’t find in the Parisian supermarkets (cottage cheese, cheddar, stilton, etc.). I noticed that they sold store-brand inexpensive liquors for 10€ per 700 ml bottle which are perfect for cooking with :  COGNAC, GIN, VODKA & WHISKY . . . I considered these liquors to be more like cooking ingredients and not necessarily to be consumed as actual drinks … UNTIL NOW !

*… but the store-brand liquor isn’t that ‘BAAAAAD’ actually; it’s  relatively pure and on't give you a headache, simple, uncomplex & uncomplicated, just lacking in ‘depth’  and that's to be expected.

What are the INGREDIENTS that almost everybody has at home ?

BLACK TEA or black tea with bergamot citrus which is called EARL GREY.

GREEN TEA or maybe green tea with JASMIN blossoms (for a floral touch).

HERBAL & FLORAL TEAS (too many varieties to list here).

Why not use these stimulating and uplifting everyday concoctions (usually combined with hot water) as dry ingredients to flavor what I like to call “CHEAP BOOZE” ?! But not in finely ground or powder form but coarsely crushed or in whole leaf form (otherwise you’ll spend the day straining & filtering the cloudier results).

Here are my suggestions but you can prepare any mixture combination you like :

COFFEE & COCOA are great with vodka, whisky and cognac.

GREEN TEA (with or without added florals) gets along well with GIN and sometimes VODKA too.

*other extra additions are of course possible like vanilla beans, hot peppers, etc …

The only thing to keep a close eye on is the BITTERNESS that can appear especially with TEA LEAVES because the longer they macerate the more bitter they become (unless you decide to rapidly soak them a first time in alcohol and throw away the first alcohol maceration, but that’s really wasteful). An addition of something sweet like liquid honey could help counteract this ‘tea leaf bitterness’, after you’ve done a final taste-test and before bottling.

I’ve adjusted the amounts of added tea leaves, chai spices and coffee and cocoa to the 4 types of “cheap booze” I had, so you could make all 4 on the same day and strain & filter everything on the same day too (I mean 3-4 days later) … that’s up to you !

BOTTOMS UP ! (like they say) but better to take your time because it’s home-made after all and like the new liquor & spirits comany slogans say nowadays :

“ENJOY RESPONSIBLY” (it’s so caring that it makes me laugh) … :)

how to transform 'cheap booze' into something «special»

note : different mixes require different maceration times which is why I’ve adjusted the amount of added black/green tea leaves and/or dried spices and/or coffee beans & cocoa nibs … tea leaves require less maceration time as compared to dried harder spices like those in the chai masala mix or plain coffee beans & cocoa nibs (which take 1 day longer) … tea leaves can also become bitter with time and some added floral touches (jasmin, orange blossoms, bergamot citrus) can help to counteract this bitterness, but do not add too much ‘florals’ or it will be like drinking perfume or cologne … in my case, I adjusted all ingredient amounts for a 3-4 day maximum maceration period !

note : you can modify the maceration time by modifying the amount of added tea leaves, dried flowers, dried spices, coffee beans and/or cocoa nibs by +/- 1 tbsp per day (for example : for faster results, increase by 1 tbsp for each day less of maceration time or decrease by 1 tbsp for 1 extra day of maceration time) or just use 1/3 of the dry mixes (tea leaves, chai masala spices, dried florals, coffee beans and cocoa nibs) for a longer maceration period of 7 days which may be easier to schedule (start everything on the weekend and filter and bottle the next weekend) … but check every day because the instensity and flavors will depend on your ingredients !

how to transform 'cheap booze' into something «special» 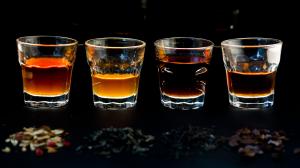 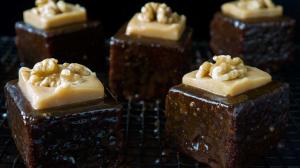 "A cube of glistening darkness . . . topped by a golden square of pale caramel & crowned with a walnut kernel . . ." yeah … whatever ! I made these little numbers by...