LAST CHANCE to save those LAST FIGS ! You began by eating them whole and fresh in August, then a few weeks later you probably sliced them in half and added them to salads or to accompany sweet and savory preparations, then you went a step further and baked them in different preparations and maybe you made some jams too at the beginning of September but now is the LAST SPRINT to use up the LAST FRUITS out there.

You’ll alternate and modify the amount of time that the figs sit in the syrup and the amount of time they are out of the syrup, which will allow them to still remain whole, not fall apart and slightly firm up before plumping up again in the syrup. It does take several days to do but only about 5 minutes active time each day over a 5-day period (but you can do it over 3 days too but the result is less satisfying). Trust me.

This was a short & sweet post. The cold has set in and the heating hasn’t been turned on yet so now I really need to reorganize my closets today and bring out the warmer stuff for the coming colder months of autumn and winter . . . brrrrr :) 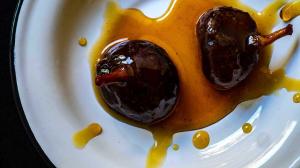 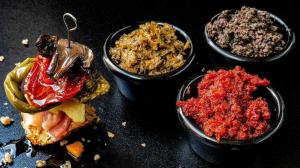 It’s officially the END OF SUMMER & the BEGINNING OF AUTUMN. It’s the end of some things that you will miss and the beginning of other things to look forward to. It’s...